Used to be roommates with Miles Luna and now co-hosts a Rooster Teeth First gaming show with him called Backwardz Compatible.

Kyle William Taylor[2] is a Content Producer at Rooster Teeth Productions.[3] His best known contributions are as one of the lead machinimators of Red vs. Blue from 2012 to 2018 (along with Joshua Ornelas), and the FIRST- exclusive Let's Play Series with his long-time friend Miles Luna as well as Cole Gallian and Sam Mitchell called Backwardz Compatible.

Kyle attended the University of Texas at Austin where he earned a Bachelor of Science (BS) in Radio-Television-Film with a focus in Film Production. He, along with several other future-RT employees (such as Miles Luna and Brandon Farmahini) worked at the Texas Student Television Station (TSTV) while in college.

Soon afterwards, Miles gets his internship with Rooster Teeth and hooks Kyle up with being a Guardian at the first ever RTX. It's after this that he gets hired as an intern for the company - largely thanks to his connection with Brandon.

Miles got him the Guardianship. Brandon got him the Internship. However, it's Kyle's own skills and experience that landed him the job. Namely, his past work with American Idol.

Kyle was the Lead Machinimator of Red vs. Blue, along with Joshua Ornelas, for Seasons 12 to 16, with Kyle also directing many episodes of 14. Both also did season 2 of The Strangerhood. He also does a gaming show with Miles called Backwardz Compatible (Previously known as "Sponsor Cut") and helps with RT Extra Life every year.

Aside from Chorus soldier Matthews in Red vs. Blue, Kyle's acting roles are minor, but have extended to basically all RT animations: RWBY, X-Ray and Vav, Camp Camp, Sex Swing, Nomad of Nowhere and gen:LOCK. He's also appeared in Twelve Days of Rooster Teeth and the RT Short Max Capacity. 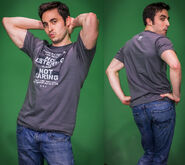 Kyle Shirtless (FOR THE KIDS!) 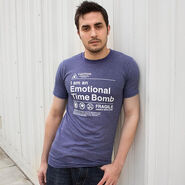