The Rooster Teeth Wiki
Register
Don't have an account?
Sign In
Advertisement
in: The Know, Rooster Teeth Staff, Male Staff,
and 5 more

Jon Risinger is a graphic designer from California employed by Rooster Teeth Productions as the Art Director. Often referred to as 'The Risemonger' by the lads from Achievement Hunter, Jon is responsible for the creation of many of the most popular T-shirt designs and logos available in the Rooster Teeth Store. He was also responsible for designing the Funhaus logo. Formerly, Jon was a host on various shows for The Know.

Jon has made appearances on the Podcast, Immersion, Sportsball, and Screen Play. He is also the host of Rooster Teeth's game show On The Spot and the former movie discussion show Enjoy The Show. 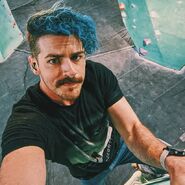 Puppet Jon from On The Spot Episode 90 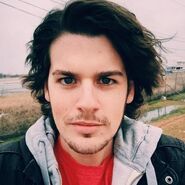 An older photo of Jon 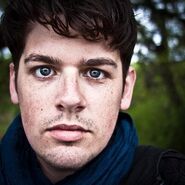