Jeremy Nicholas Dooley (born June 4, 1991) and also known as Lil' J, JDoolz and formerly as Jerem6401, is an American actor, voice actor, show and podcast host, rapper, lyricist, author and Internet and YouTube personality best known for his work co-hosting Rooster Teeth's gameplay division Achievement Hunter and serving alongside the lyricist team in Camp Camp. Outside of Achievement Hunter, he serves as an occasional actor and content producer in Rooster Teeth Live action, and voice acts characters in animated cartoons, such as Million Dollars, But..., The Eleven Little Roosters, Ten Little Roosters, Camp Camp and more.[1]

Dooley formerly worked as an editor, content creator, and recurring host on Achievement Hunter for a year, beginning on July 6, 2014. He was officially promoted to "main co-host" by Geoff and Jack on October 16, 2015 as of "Minecraft Episode 177" (which he won). At this time, it was revealed that he was the new 6th member replacing Ray Narvaez, Jr., who left the company 6 months earlier on April 17, 2015 to focus on solo entertaining and Twitch.TV live-streaming. This meant that his primary workload shifted from editing videos to being an on-screen personality in videos.

Jeremy gained popularity by making videos for Community Hunter (primarily Imaginary Achievements). Having formerly served as a community member and content creator, he was officially hired on-stage on July 6, 2014 at RTX 2014 at the Achievement Hunter panel alongside Matt Bragg. He married his longtime partner, Katherine "Kat" Teebagy on June 4, 2016, his 25th birthday.

Dooley created the fan series Epic Rap Battles of Rooster Teeth, uploaded to the YouTube channel Achievements4Idiots, along with Imaginary Achievements (his primary Community Hunter series). He often stars in the series MegaCraft, created by Matt Bragg, one of the most popular of Community Hunter.

During RTX 2014 in early July, Matt and Jeremy (who were still only community members, albeit the most active and popular members on the AH website) set up a joke with AH guys on stage. They got in line and asked if they could have a job, obviously making fun of the rest of audience who actually ask that every year, only to get their questions shut down. Then, to their surprise, Geoff legitimately said "yes" and pulled them on stage, hiring them on the spot. However, it wasn't that spontaneous, since Geoff told Caleb to ask them to do the bit, and tell them there was going to be a gag at the stage (them getting hit with eggs and water balloons) and to "bring clothes they don't mind getting wet".

Dooley honestly did not know that he was going to be officially hired on the spot during the Achievement Hunter panel at RTX 2014, so the look of surprise and emotion on his face was completely genuine.[2][3]

Dooley is 5'3" as stated at the very end of Let's Play Minecraft Episode 142 - Legends Of The Hidden Tower by Jeremy himself, contradicting the 5'4" statement in Let's Build - Legends of the Hidden Tower Part 3.

He is apparently half Irish (from his father's side) and half-Syrian (mother's side), mentioned in one of the Legends of the Hidden Temple Let's Builds. In episode 61 of the "Off Topic" Podcast, Jeremy talks a little about one side of his grandparents, both of whom were from Syria.

As revealed during Let's Play Minecraft: Episode 177 Blocking List (Part 2), uploaded on October 16, 2015, it was officially announced and revealed that Jeremy (who had also recently won the Tower of Pimps in Let's Play Minecraft after winning his first ever Blocking List and traded the T.O.P./selling it to purchase the newly renovated and vacant house in Achievement City) was promoted to the new 6th main cast member of Achievement Hunter by Geoff (who also gave Jeremy a miniature T.O.P. toy, officially welcoming Jeremy to the main room and declaring that "this desk is now yours [permanently]"), replacing Ray Narvaez, Jr. (who quit his job 6 months earlier on April 17, 2015) in.[4][5][6] As part of his promotion to main member, Jeremy changed his Xbox Live gamertag from Jerem6401 to JDoolz, following a suggestion to do so by Gavin Free; by Minecraft episode 209 Michael had done the same thing, switching from MLP Michael to MJones. His PlayStation Network ID is still his original Jerem6401 tag.

On December 4, 2019 Jeremy's deception-based game show, Chump, premiered with him serving as the host. The show has a purple and orange color scheme, matching Rimmy Tim. [7] 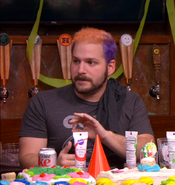 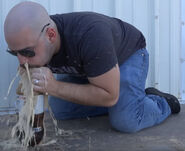 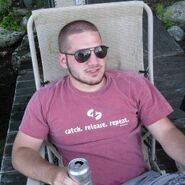 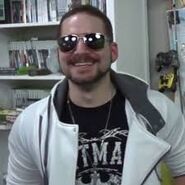 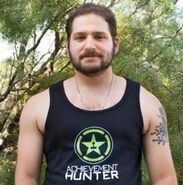