“After a fan sent us a binder of PC Gamer demo discs of games, we knew what we had to do: play them all, no matter how terrible. Demo Disk showcases 1990s to early 2000s-era games, with running commentary and jokes.”
— site description

Demo Disk is an ongoing Funhaus gameplay series where Adam Kovic, James Willems, Bruce Greene and occasionally other Funhaus members will play a random old selection of Demo Disks of games sent by a PC Gamer fan (which was submitted by reddit user Kage_Oni. ). The games are from the 90's or 2000's era games which the team plays all, no matter how terrible they are, until they expire - at which point Bruce will proceed to snap the disk. Usually by the end of the gameplay, Bruce Greene would destroy the disc for comedic reasons with running jokes and commentary.

The team will also procrastinate from the game while it is installing to follow something they mentioned in conversation, most regularly known to be "Is there a 'Rule 34' for _____", which they will search - this is unseen by viewers, since the entire page is usually blurred while they are looking at it.

Frequently, episodes contain adult content. This may include inappropriate titles or thumbnails, inadequately censored video (like un-blurred 'rule 34'), and more. These videos can be age-gated on YouTube. Watching these videos then requires registering a YouTube account and enabling an age setting. In one case, "FROZEN AND PREGNANT" was removed from YouTube entirely. 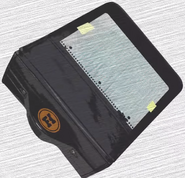