Brett Lloyd Hundley is the Executive Producer and co-owner of the comedy YouTube channel, Cow Chop. He is also a member of the Let's Play Family and an affiliate of Rooster Teeth Productions.

He graduated from the University of Colorado at Denver where he earned a Bachelor of Fine Arts (B.F.A.) in Film and Television. Originally from Colorado, he now resides in Los Angeles, California.

Brett worked at Machinima from August 2010-January 2016. During his time there he went under the moniker Hundar and acted as a performer and Executive Producer before his eventual departure.

He currently holds a Director position for Paragon Creative Agency as of September 2015.

Brett appeared in several videos at The Creature Hub, although he was not a typical on-screen talent and would subsequently move on to Cow Chop.

Brett joined Cow Chop during its initial launch in March 2016, acting in a primarily behind the scenes role due to his living in California at the time. He would make appearances every so often in videos but became a main host after Cow Chop's relocation to Los Angeles.

Working in a more managerial position, Brett deals with the business aspects behind the Cow Chop company name.

Brett has made several appearances on Rooster Teeth and Let's Play content. He has hosted panels at RTX and participated in Let's Play family group videos. He has also appeared in other Let's Play affiliated channels such as Funhaus and Sugar Pine 7. 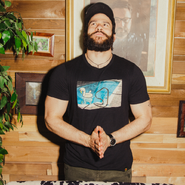