The Rooster Teeth Wiki
Register
Don't have an account?
Sign In
Advertisement
in: Inside Gaming, Sugar Pine 7, Non RT Employee,
and 4 more

Autumn Farrell is an American actress and editor who is a former member of Sugar Pine 7, an affiliate of Rooster Teeth Productions.

Autumn was born in Phoenix, Arizona, but grew up in many different places, including rural parts of Mexico according to an episode of the Beyond the Pine podcast. She announced her engagement to former Funhaus employee, Bruce Greene, in late 2019.

Autumn started her editing career editing videos for local TV ads in Phoenix, Arizona. She later moved to Los Angeles to work as an editor for SourceFed. After SourceFed's cancellation, Autumn worked as an editor for Group Nine Media until Steven Suptic brought her on board to edit some of his Alternative Lifestyle videos, back when the channel was still branded as the Steven Suptic Experience. Autumn later became part of the main cast, appearing in almost all the videos during the first two seasons and even being part of a major plot arc. In early 2018 Autumn made the choice to be mainly off camera, as talked briefly in an episode of Lifestyle Classic.

On January 24, 2019, she announced via Twitter that she would be leaving Sugar Pine 7. However, she will still be doing editing work for Rooster Teeth. Farrell's last day took place on February 1 and will be working at the same office in California for future work. Later, it was revealed she would be an editor for Inside Gaming. 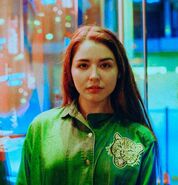 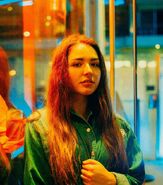 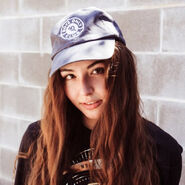 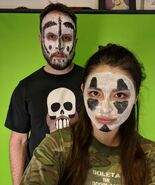