The Rooster Teeth Wiki
Register
Don't have an account?
Sign In
Advertisement
in: The Know, Female Staff, May Birthday,
and 6 more

Ashley Burns (née Jenkins; born May 3, 1982) is an American on-camera host and a former employee of Rooster Teeth who co-created and formerly managed/co-hosted The Know.[1][2] She frequently appeared on The Patch and formerly co-hosted The Know It All with fellow anchor Meg Turney. She voices Coco in RWBY as well as provides the voice for smaller unnamed characters in X-Ray and Vav; recently, Ashley voiced female versions of Church and Lopez (both being originally Burnie's roles) in an episode of Red vs Blue's fourteenth season. Ashley appears alongside other Rooster Teeth staff members in their mobile game Rooster Teeth vs Zombiens. She is a founding member of Ubisoft's all-female professional gaming group, the Frag Dolls. She was a contestant on the 28th season of The Amazing Race.

Ashley Jenkins began her career in 2004, writing for an MMORPG called Shadowbane. A developer on the game suggested she apply for a position with the Frag Dolls, an all-female, professional gaming team their publisher, Ubisoft, was starting.

She represented the Frag Dolls at many events including Women in Games International and CES. As a professional gamer, Jenkins competed in and promoted games for Ubisoft such as Rainbow Six Vegas, Ghost Recon 2: Summit Strike and Splinter Cell Chaos Theory, in addition to public speaking and representing the team's point of view on women and video games. In 2007 she appeared on the front cover of PC Accelerator magazine.

In 2008, she was hired as Community Manager for XBOX, running social media and Xbox LIVE interface for Australia and New Zealand.

In 2012, she was hired by IGN as Head of Community and Social Media in San Francisco.

On March 17, 2014 she founded Rooster Teeth's news division, The Know, hosting alongside Meg Turney. In its first two months, the channel amassed over 280,000 subscribers and 9 million video views on YouTube.

In November 2015 it was announced that Jenkins, alongside her boyfriend Burnie Burns, would be competing in the 28th season of The Amazing Race. They finished in 4th place.

In September 2017, alongside Burns, she co-hosted the inaugural Purpose Awards, an expansion from the Streamy Awards. 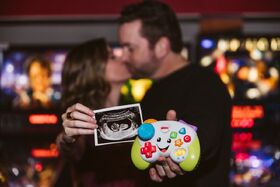 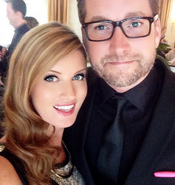 Ashley and Burnie in September 2014 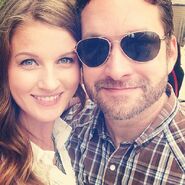 Ashley and Burnie in July 2013 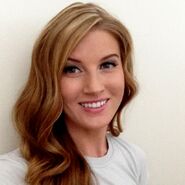